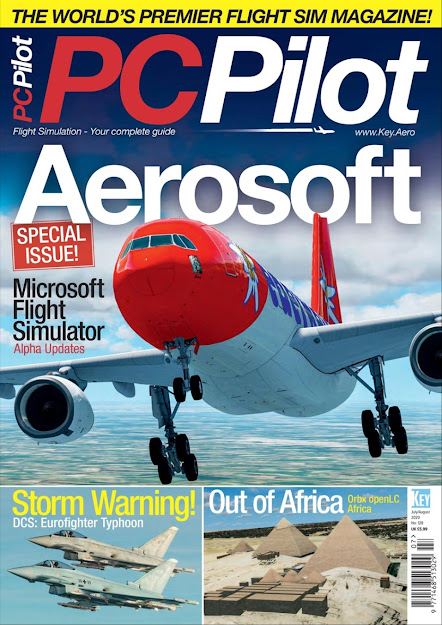 Happily, X-Plane 11 pilots can do precisely this in a brace of Garmin G1000 erquipped Cirrus aircraft, the excellent default XP11 Cirrus Vision SF50 bizjet, or through a choice of payware Cirrus SR22's. 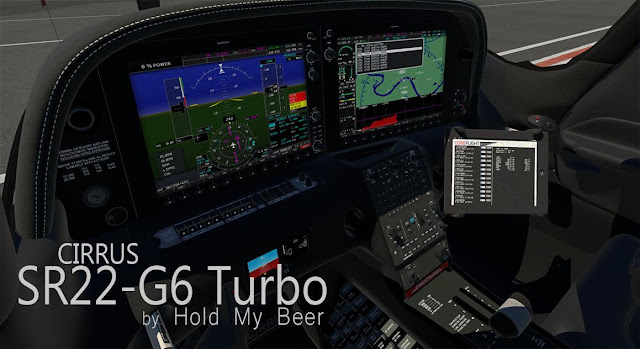 Even better news is that a brand new shiny Cirrus SR22 has just arrived in the form of the Holdmybeer Cirrus SR22T-G6, and whatsmore, this is 100% freeware! 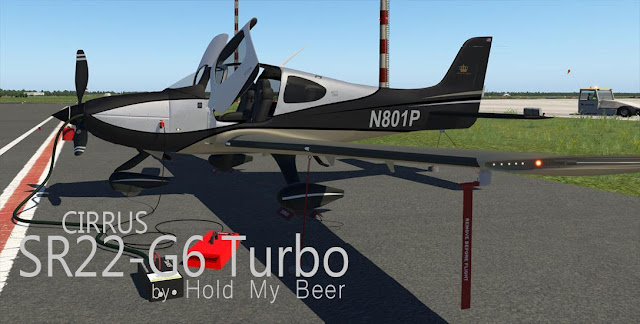 For those unfamiliar with the type, the SR22 is a high performance single engine fixed gear four or five seat GA tourer...
I am sure that the specified cruise speed will have caught your eye, because this is a serious and capable go-places IFR tourer, and on that subject, the Holdmybeer SR22T-G6 has a turbo charged engine which makes it an even more potent aircraft in terms of hot'n'high performance.

NB. I am positive that the download links have been busy, but even so the main upper link has not worked for me, so use the lower "mirror server" instead.
Posted by SWFSG Admin at 13:03 No comments:

EDIT:Laminar Research have issued a fix for the OR V1.7 Update vs. XP11 VR issue, and it can be found here.

The software behind Oculus Rift will occasionally auto-update, so whether you like it or not, you’ll see an update bringing new features and improvements into your VR world.
And that would be correct except for the most recent OR update which broke the happy and established liaison between XP11 and OR, leaving most XP11 simmers VR-less and Oculus-free.
Without delving too deeply into the complexities of the issue (essentially XP11’s VR was created with an elderly version of the OR SDK), happily “Kojack”, a member of the OR forums, came up with a solution using a feature called Oculus Injector.
You can follow the thread here, looking out for Kojack’s May 25th solution on page 2 of the lengthy thread.

It’s easy enough to implement; essentially download and unzip the fix, run the “Oculus Injector” EXE, add and name a new entry, browse and select your X-Plane 11 executable, save the profiles, and then launch your new entry. Happily, Kojack does a far better job of explaining it than me.

What I do know is that for VR sessions you must launch XP11 using the Oculus Injector rather than by double clicking the X-Plane 11 executable in the time honoured fashion.
You’ll still be able to run xOrganizer to setup your plugins and preferred scenery, but then if you want VR, you must launch XP11 via Oculus Injector.
Virtual Reality has been restored, you are free to roam the ether once again.
Posted by SWFSG Admin at 18:27 No comments:

A Ballet Along the Danube...

This is a very special video, as it combines the beauty, grace, and incredible agility of expertly flown aircraft along the beautifully elegant shores of the historic City of Budapest during their 2014 Airshow:
The video is inspiring enough I think for watchers to hop into their favourite flight simulator steeds in order to join in and emulate the mastery of the Airshow pilots performing above Buda and Pest.
The good news is that if you fly X-Plane 11, you can even immersive yourself into it more fully by installing the latest edition of Hungary VFR scenery as showcased in the video below:
Posted by SWFSG Admin at 13:47 No comments:

By now, you will know that one of my very favourite flight simulator topics is when I bring to you news of excellent freeware, especially when it is ex-payware made freeware.
So, with that in mind, here are two perfect low and slow GA Gems for P3D4 and P3D5 that are worthy of your immediate attention...
Lionheart Creations Zenith CH701:

This particular release initially caused me some confusion insofar as I knew that William Ortis, the developer behind Lionheart Creations, had recently released a payware Zenith CH701 (NB. The LHC Zenith CH701 remains available for purchase at SimMarket for just under €30).

So, when I saw an identical Zenith CH701 available as a download at Simviation, complete with the same liveries, a sub-folder labelled “LHC_Zenith”, plus Zenith factory scenery, I was concerned for LHC, and is why I contacted William directly.
He replied very quickly, and whilst thanking me for reaching out, he went on to say that in fact the LHC Zenith CH701 project co-developer had in actual fact decided to release it as freeware.
Therefore, this is a legitimate freeware download, but before you go grab it, and grab it you should, know this: It weighs in at a hefty 850Mb which potentially equates to hours of download time at the reduced Kb rate reserved for non-Simviation subscribers.

I believe, however, that once you do, you will find that this LHC model is to be the de facto simulation of the very capable Zenith CH701 bush-ready STOL-happy tricycle-geared tundra-tyred aerial jeep.
And my only question is, what’s not to like about that?!
Flight Replicas Piper Super Cub:

“A gentle upgrade of the original FSX Super Cub Extreme2, to Prepar3Dv5 standards” is how Flight Replicas describe this release. 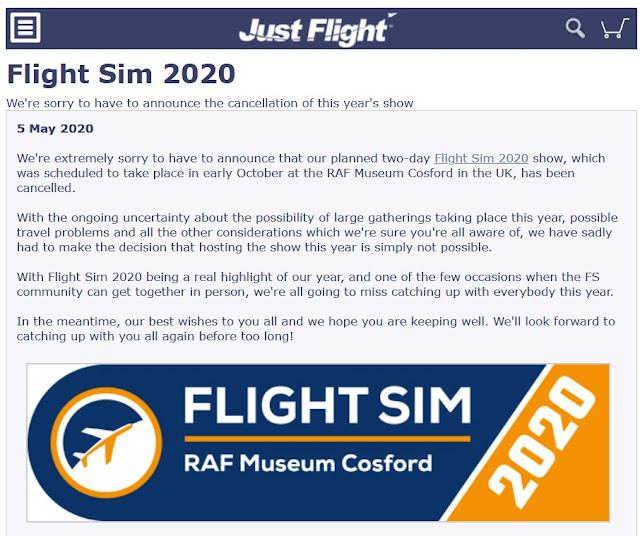 SWFSG are very sorry that this year's Show cannot go ahead and we look forward to contributing to Flight Sim 2021 once again.

In the meantime thanks to Just Flight for organising the previous years' shows and for their seemingly endless and brilliant support for our flight sim world, fantastic aircraft and very welcome special offers and their Just Rewards scheme.

On my shelves can be found a small selection of cockpit based DVD films, and on my PC live another handful of "from the flight deck" productions.

Whilst I may not often get the chance to watch my DVD collection, it is a great deal easier watching videos on-the-go thanks to downloaded videos. For instance, downloads from Just Planes can be streamed or copied onto your mobile device and watched via an app, with the consequence that my iPhone carries another stash of flight deck film action! 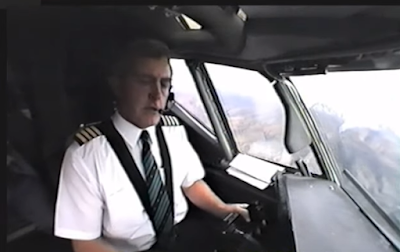 Portable selections of informative and well filmed cockpit footage can transform any plain train or automobile journey into something considerably more palatable. I suspect that each viewer will take away what interests them the most from their own viewing, as it is clear to me that a great deal can be gleaned from watching professional pilots operating at their best by following their disciplined procedures from crew briefing to landing.

In addition to this, the many beautiful departures and approaches, colourfully diverse airports, countries, featured aircraft types, and inspiring scenery play a very big part when it comes to inspiring me where and what I should next fly. 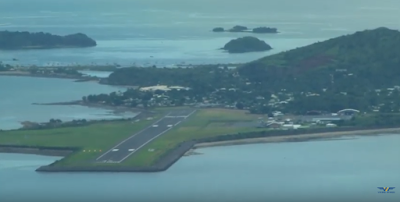 Buying these productions can be a pricey business, unless of course one waits for the many annual sales events. Here's a short list of some flightdeck movie and/or DVD production companies:

Until the next discount season is upon us, a number of excellently produced full flight cockpit movies can be watched for free on YouTube, and with this in mind, here are a few of my very favourite freebie productions.
For those curious enough to ask which is my favourite, I will tell you that it is the oldest production here, and the one listed right at the very bottom. I thoroughly recommend watching the Air New Zealand B737-200 from NZCH to NZQN (NB. parts 1, 2, & 3) as Captain John Peterson (at the time ANZ's B737 fleet manager) is a master of CRM, carrying with him an air of command, authority, and knowledge with effortless ease. 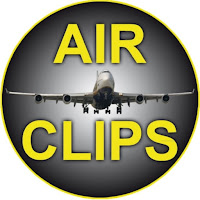 Air Austral B787 Reunion to Mayotte

Azerbaijan B752 Baku to Nakhichevan

Air Austral B778 Reunion to Mayotte

Azerbaijan B763 Baku to Istanbul

Wamos B744 Madrid to Rostock

Air Baltic B735 Riga to Brussels

Nolinor B732 Montreal to Val D’Or

Lufthansa A350 Munich to Tokyo

Eurowings A330 Cologne to La Romana

Interjet A321 Mexico City to Cancun

Azerbaijan A319 Baku to Ankara

Air Baltic A220 Riga to Heraklion

Azerbaijan B788 London to Baku 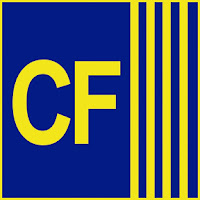 Eurowings A330 Cologne to La Romana

Condor A321 Stuttgart to Funchal

First the bad news, then the good

PMDG recently confirmed that they will not be re-introducing their MD-11 which was loved by so many FS9 and FSX pilots in the past.

Enter TFDi who have just announced that they have one in development for P3D4/5 - that's great news!

Their existing TFDi 717 is a Boeing Officially Licensed Product, the final Boeing iteration of the MD-80 family, so if you haven't had a look yet click here. We can expect a similar study level MD-11. The 717 is ideal for preparing you for your first flight in their MD-11 due to a commonality of the avionics.  Two beautiful aircraft for serious flight simmers to immerse themselves in. 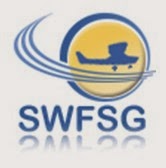